His sire Dragon Comando SN bred by the renowned Simone Novak is son of Tulum Comando SN, the highest Brazilian score at the 2011 Pan American Games in Guadalajara. Tulum is by Famoso III, a pure Veiga lines stallion. Dragon’s dam is the multi medalist Povoa das Pitagueiras known to be one of the best movers of the lusitano breed to this date. Povoa produced as well Xicabom Comando SN Brazilian champion at the four and five year old young horse dressage classes and producer of successful horses including conformation Champion Iaia do Castanheiro.

His dam Duqueza Santana is daughter of Solar dos Pinhais. Solar is one of the only lusitano stallions bred in Brazil and exported to the Coudelaria Freire in Portugal to serve as a stallion. Solar produce numerous champions in Portugal. Solar’s dam Cenoura is known to be one of the biggest names in lusitano history producing among other horses Peralta dos Pinhais pride and joy of Brazilian breeders as he is currently the only pure-bred Lusitano approved as a breeding stallion in Germany and finalist at the World Young Rider championships under Boaventura Freire. Duqueza’s mother The Star Imagem is by Dragao II one of the most successful pure blood Andrade stallions is history and La Cubanita Smar who also produced Que Craque Smar small tour sucess and famous stallion in Australia. 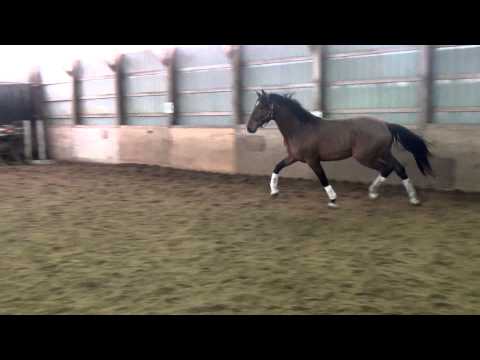